I take napkin sketches and bring them to market. Starting with Requirements Analysis and rapidly prototyping a Minimum Viable Product, I use professional CAD tools to capture a schematic, lay out a circuit board, and design an enclosure. I then work with fabricators to produce all the parts for a price that meets market goals.
Born in Brooklyn, I studied Biomedical Engineering at Stevens Institute of Technology. Since then I have launched multiple consumer electronics products using a mix of crowd-funding and self-funded models. My favorite projects blend electronics with modern art, ethical design, and sustainable production methods.

Working with Maltbie, I created this giant calendar clock to help the designers show attendees how the Bible's influence on the modern world can be felt in day-to-day life.

I enjoy bridging divides between the hobbyist/DIY audience and the bleeding edge of technology. I created this e-paper adapter board for a new type of screen technoplogy and open-sourced the design, then sold a few using CrowdSupply to recoup R&D costs.

Working with Christian Marclay while at Snap, we explored what the sonic signature of our Snaps looked like. For the Cannes Lions exhibition, I focused on creating a "Snap Piano" that played short videos which contained notes corresponding to the piano key you were pressing.

Every journey of a thousand miles begins with a single step. Knowing when to keep moving forward and when to step to the side is the discipline behind Rapid Prototyping; after each trial you naturally want to move faster to push your concept, but it is important to remain flexible enough to pivot into a more lucrative space if one presents itself during testing.
I will break your Minimum Viable Product down into a series of even smaller milestones, so that features and potential pivots can be trialed with quantifiable results that guide the rest of the project's trajectory almost automatically. With the correct approach, each Rapid Prototype can be tested in isolation and still help point towards the best path towards ROI.

They say great science is built on the shoulders of giants. Not here... we do all our science from scratch. No hand holding.

Once a Rapid Prototype trial reaches Alpha status, it is time to begin setting some things in stone. Schematic Capture is a blend of writing down what is actually on the bench with electrical engineering best practices, and usually involves going back and forth between the bench to make sure Safety Factors and other post-prototype features are still possible.
Once I begin creating your schematic, the first production deliverable is in motion. However the schematic remains a living document until the Gold Master is pressed; when upstream realities such as inventory issues, part End-Of-Lifes, and natural disasters present challenges to the timeline of the project, staying flexible in the schematic design phase allows me to turn-around most changes with almost no delay.

When I have fully decided that a result is worth getting, I go about it, and make trial after trial, until it comes.

After a schematic is drawn and the electronic design is logically validated, the planned design is committed into a physical circuit board layout. Using Computer Aided Design tools, each component from the schematic is turned into a physical part and arranged on a circuit board that can be produced by any Printed Circuit Board Fabricator.
I stay on top of advances in PCB design and am well-experienced with tricky challenges such as high-speed signal routing and RF design. In between changes to the schematic and the enclosure design, the circuit board layout probably sees the greatest number of revisions before production, so I use Version Control to help me stay on top of what was already proven and what is currently in test.

You get used to it, though. Your brain does the translating. I don't even see the code. All I see is blonde, brunette, and redhead.

Electronic designs commonly feature a programmable microcontroller, or a small electronic 'brain' that acts based on the code that was programmed into it. For example, a microcontroller can be programmed to turn on a motor when it senses a light, or send an email when it detect motion. If you can describe a state and a sensor exists to detect that state change, you can plug that into a microcontroller and affect anything.
I keep up with the latest releases from the big microcontroller families and vendors (AVR, PIC, STM, Teensy, Arduino) by just getting new dev kits and programming "Hello World" onto them. Visual Studio Code and Open Source toolchains have made swapping vendors and even ISAs painless, so if there is a new feature to be added that requires a chip change half-way through the project, it's no longer a catastrophe for me.

The world is not enough... Family motto.

Scaling a solution successfully has breached the billion-hit mark, and today a service must be expected to serve not only every person on the planet, but every other non-human client that may attempt to use your service at any given time, such as IoT devices, timed jobs, and approved bots. Technology has been able to keep up with offerings such as Function-as-a-Service and Kubernetes, which have brought down the barrier to entry for anyone wanting to quickly prove out a concept or alpha-test a project without worrying about suddenly running out of resources.
Filtering out malicious traffic on top of that seems like a difficult task, but my experience with the latest trends in development frameworks and big-box solutions allows me to engineer resilient multi-tenant cloud stacks hosted on Google, Amazon, and Microsoft offerings simultaneously. Security and resilience always come first, and with careful planning the security solution can be completely transparent to the actual application flow.

Did That Spark An Idea?

All works In Production Prototype Concept 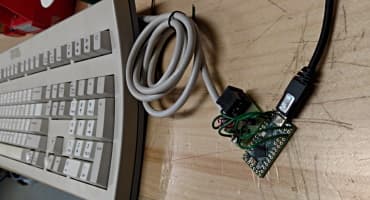 Sun Type S Keyboard Retrofit
PJRC - Robin
"jarek319 retrofitted a Sun type S keyboard so that it can be used as a generic USB HID device. Teensy-LC acts as a bridge between the Sun Type S serial protocol and USB. The Teensy-LC converts the proprietary serial protocol into common keycodes readable by generic USB keyboard drivers on all modern operating systems."
Read More 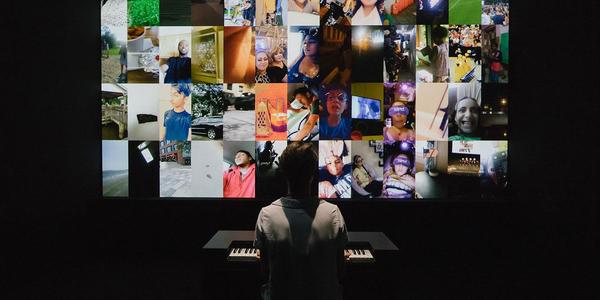 The Zamek Hardware Password Manager (Early Look)
N-O-D-E.net - NODE
"The Zamek is an open source hardware project, aiming to create a secure, digital, password manager that you can throw in your pocket along with your keys. The project is still in development, and I wanted to say thank you to Jarek for sending me this early beta version. Let's have a look at it."
Read More 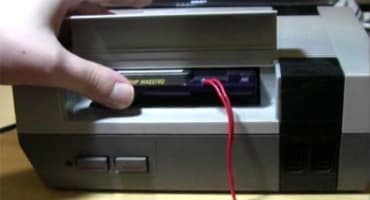 Chip Maestro turns your NES into a MIDI synthesizer
Engadget - Griffin McElroy
"Are you hoping to one day start your own Starscream, Anamanaguchi or other totally radical chiptunes band... you can donate $50 to grab a "Chip Maestro" -- an NES cartridge that turns your old-school gaming console into a decidedly new-school MIDI synthesizer."
Read More